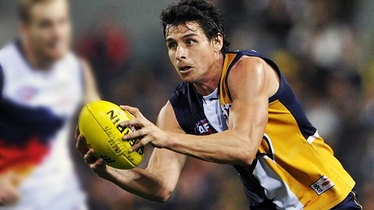 We are very pleased to announce our celebrity guest speaker who will be mingling with attendees on the day - Ex-West Coast star Andrew Embley!

With 250 Games & 216 Goals with West Coast Eagles, legendary status as a 2006 Premiership Player and a proud 2006 Norm Smith Medallist he is one to watch at the Walker Wayland BDA Franchising & Business Corporate Charity Golf Day!

Andrew Embley (born 27 June 1981) is a former Australian rules footballer who played with the West Coast Eagles in the Australian Football League (AFL). From Perth, Western Australia, Embley began his career with Swan Districts in the West Australian Football League (WAFL), before being recruited by West Coast with a late pick in the 1998 National Draft. He made his debut in the first match of the 1999 season, and was an AFL Rising Star nominee the following season.


Embley established himself in the club's side in the early 2000s, playing mainly as a wingman, and went on to represent Australia in the 2004 International Rules Series. Serving as a vice-captain of the club between 2004 and 2006, Embley played a key part in West Coast's victory over Sydney in the 2006 Grand Final, and was awarded the Norm Smith Medal as the best player on the ground. He retired at the end of the 2013 season after 250 games for the club. He also kicked 216 goals, finishing second in the club's goal-kicking in both 2003 and 2006.

Embley is also a successful restaurateur and part-owner of Claremont restaurant, Beluga.